When you book with an account, you will be able to track your payment status, track the confirmation and you can also rate the tour after you finished the tour.
Sign Up
2050

Freiburg is not only known as the capital of the black forest or gateway city of the black forest but also as Freiburg Green City. It is a city that focusses on ecological and sustainable living. The suburb of Vauban is a prime example for this philosophy. Construction of this suburb started in the 90 ties based on the vision of citizens who wanted to combine environmentally sound city development with social aspects. A city by the people for the people who live there: On our Freiburg Green City Tour we introduce not only to the suburb of Vauban, but also to the ecological and social aspects of the green capital of Germany.

In 1991 the armed forces of France left the barracks of Vauban, which were their home in Freiburg since the end of WW II. The empty area measured about 101 acres. Citizens with a vision of ecological, social and sustainable urban development began the project Freiburg Green City. One of the pillars of this project was the involvement of the people who would eventually live there. Many of the concepts visible in Vauban are the direct result of ideas and of consultations with the people. Among them are the traffic concept, the use of the naturally occurring winds to cool the suburb during the hot summer days and the use of renewable energies. A great example of these concepts and located just on the border of Vauban is the Heliotrop, the first house worldwide to generate more energy than it uses.

5000 people live in Freiburg-Vauban today; living in Vauban is regarded as a lifestyle of high quality. Greatly reduced traffic by private cars, shopping within the suburb, old trees and mandatory roof top gardens under pin the nick name of Vauban: Green City.

On our Freiburg Green City Tour we will dive with you into the history of the area and explore the topics of sustainable living as well ecological und social urban development. Please note that Vauban is a real suburb of Freiburg; it is not permitted to enter private property. Our guides will respect the privacy of the local residents at any time.

Professional tour guides explain the sustainable district of Vauban in Freiburg im Breisgau in a competent and entertaining way. Named after the famous fortress builder Vauban of the 17th century, the name stands in Freiburg today for sustainable building and living. 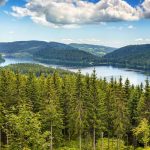 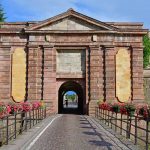