Alternatively you can use this QR-Code to install the app and open the tour:

When you book with an account, you will be able to track your payment status, track the confirmation and you can also rate the tour after you finished the tour.
Sign Up
1243

Freiburg Kultour proudly presents their self-guided digital tour for only €7,99. Enjoy this digital tour by scanning the QR-code or using the download links on this webpage. After you have installed the Future History App you are ready to go. Easy to use. You decide about the pace of your tour, your starting time and your break times. No big groups. Just you and your family. You can enjoy and particular interesting stations again and again.

Visit Basel, the third largest city in Switzerland. The lively metropolis is located in the border triangle of Germany, France and Switzerland. In a city with more than 2000 years of history, you certainly won’t get bored! This tour is informative and entertaining.

Our self-guided digital tour of Basel

Highlights of the tour include the Tinguely Fountain, which is also the recommended starting point of our tour and Cathedral Mountain. The self-guided digital Basel tour also provides an introduction to the city’s history. Like many European cities, Basel is best explored on foot; you will be walking mostly on cobbled streets, so comfortable walking shoes are a must. There is a short but steep ascent to Münsterhill.

Celts settled on the site of today’s Novartis Campus more than 2000 years ago. The excavated settlement is now known as the Basel gas factory. Later they also settled on the Basel Munsterberg and set up an oppidum there. In the course of history, they were followed by the Romans, Alemanni and Franks.

Visitors encounter the eventful history of Basel everywhere in the city. What began with Celts and Romans continued throughout the middle ages. Life in Basel has always been eventful. Individual events and people who have particularly shaped Basel will be presented to you at the stops on the tour.

The self-guided digital tour of Basel: In 21 stops you will discover more than 2000 years of history. We recommend that you begin your digital self-guided tour of Basel at the Tinguely fountain: 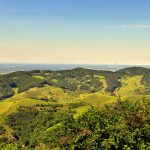